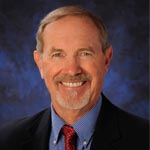 Tim is a retired educator who worked at all levels of education and administration from elementary school, high school, and university. He retired as an Assistant Superintendent.

Tim joined Rotary in 1999 at the invitation of his wife, LeAnn. Since joining the RC of Bear Creek Valley, he has served in several leadership positions including President and was named Rotarian of the Year by his club. At the District level, Tim has served on numerous committees, Assistant Governor, Co-District Trainer with LeAnn, and District Governor in 2014-15. He is currently the District Rotary Foundation Committee Chair (DRFCC) and Chair of Ed Week (GETS and GNATS) for Zones 26 and 27.

Tim and his wife, LeAnn have traveled to 8 international Rotary projects together and have seen Rotary change lives and know that through Rotary, ordinary people can accomplish extraordinary things. In 2018 Tim was awarded the Rotary International Service Above Self award and LeAnn was awarded The Rotary Foundation Award for Meritorious Service.

Both Tim and LeAnn are Major Donors and members of the Paul Harris Society and Bequest Society. They both enjoy Rotary service, travel, music, wine, bicycling, and especially spending time with family (including their five grandchildren). 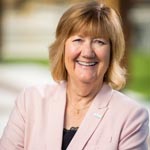 Barbara Redder served as District Governor of District 5440 (Wyoming, Northern Colorado, Western Nebraska, and Eastern Idaho) during the 2016-2017 Rotary year. As GETS Training Chair for 2020, Barb’s goal is to help the District Governors Elect strengthen their skills to better prepare them for their year of service as District Governor. Barb was a Zone 26/27 Big West GETS faculty member in 2019 and District Governor Best Practices Forum Facilitator for the Zone 27/21b Institutes in Evanston in 2017 and Boise in 2018.

Barb initially joined Rotary in 2002 and has served as President of 2 different clubs including the Gillette Rotary Club in 2008-2009 and the Casper Five Trails Rotary Club in 2019-2020. At the District level, she has served as District Trainer, Assistant Governor, and has been a member of the District 5440 Executive Committee since 2011. Barb was the 2018 Chair of High Country PETS and has served as a facilitator for the Rotary Leadership Institute and High Country PETS. Barb was honored to be selected as District 5440 Rotarian of the Year in 2013.

She is currently an Assistant Regional Rotary Foundation Coordinator for Districts 5390, 5400, and 5440 and enjoys working with the district leadership on The Rotary Foundation, including sharing best practices to increase giving and to strengthen impact through projects.

Barb was raised in Colorado, but she has lived and worked in Wyoming for 35 years, all in the title insurance business. Barb is an Area Manager Director for First American Title in Casper. Barb is married to Don, a member of Casper Reveille Rotary. Barb and Don are Major Donors, Bequest Society Members, Paul Harris Society members and in their spare time, they enjoy camping, fishing, golf, and traveling. 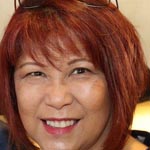 Jeri joined Rotary in 1989 and is a Past District Governor, 2016-2017, for District 5150, San Francisco Bay Area. She served as an Assistant Governor, Chief of Staff, Learning and Leadership Development Assembly Chair, Governance Team Mentor, the District Learning and Leadership Development Chair, a Governor-Elect Training Seminar Faculty, and is the 2019 – 2020 Governor Nominee Training Seminar (GNTS) Chair for Zones 26/27. She and her husband Jim are Major donors Level 2, White Hat Society members, and Bequest Society Level 2 Members for our Rotary Foundation Endowment and believe that we all should give what we can, whether it is through dollars, volunteerism and or heartfelt kindness. She is devoted to the mission of Rotary of world peace through service.

Jeri is a retired Youth Development Supervisor from the City of San Carlos, California. Working with youth, ages infant to 20 years old including special needs children, she has loved building assets in young people to help them to become caring, competent, and successful adults throughout her career. Jeri believes that being a Rotarian is a positive role model for our young people, our future leaders. We care about our local and international communities and we take action in creating a better world. 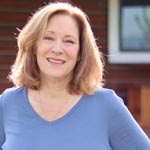 Karen McDonald has spent many years as a teacher and principal in several Catholic schools in California, and for several years has served as an adjunct professor of education for the University of San Francisco at their Sacramento campus. She holds both a Masters in Teaching and a Master of School Administration from USF.

She is a member of and has served as president of the Rotary Club of Penn Valley, is currently the Visioning Chair for District 5190, and will soon become the District Training Chair. She has been instrumental in conducting several district assemblies, is a Rotary Leadership Institute facilitator, and has facilitated and helped orchestrate other district-level training events. She has served on the faculty of the partners’ program for GETS and GNATS for the last few years.

Prior to entering the teaching profession, Karen was an active community and school volunteer and mom. She has received several major awards for volunteer service from the Boy Scouts of America, having served as a trainer at the local, regional and national levels. 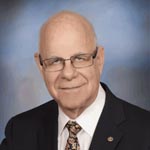 Nick joined the Rotary Club of Westlake Village Sunrise in 2003. He was club president in Rotary Year 2006-07. During that year, the club was named best medium club in District 5240 and best large service organization in his home community of Thousand Oaks.

Nick is a Major Donor, and member of the Bequest Society and Paul Harris Society. He is a graduate of the District 5240 Master PRLS leadership training programs.

Nick is retired from a career in software program management and international telecommunications.

He also serves on the Advisory Council for the Pepperdine University master’s degree in Social Entrepreneurship and Change.

Nick has participated in projects in Honduras, and South Africa, He has seen how Rotarians change the world one life at a time while understanding that the people most changed by humanitarian projects are the Rotarians themselves.