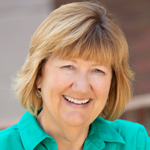 Barbara, a member of the Casper Five Trails Rotary Club, served as District Governor of District 5440 during the 2016-2017 Rotary year.

Barb is currently serving as Governor Education Chair for Zones 26/27, overseeing Governor Elect Training Seminar, Governor Nominee Training Seminar and Partner training. Barb served as Zone 26/27 GETS Chair in 2020 and successfully transitioned from an in-person education week experience to an entirely virtual experience for the 30 DGEs in the Big West Zones. Barb was a Zone 26/27 Big West GETS faculty member in 2019 and District Governor Best Practices Forum Facilitator. Barb was the 2018 Chair of High Country PETS and also served as a facilitator for the Rotary Leadership Institute.

Barb is an Area Manager Director for First American Title in Casper, Wyoming. As part of her professional career, she was selected as an Emerging Leaders facilitator for five years for First American Financial, a Fortune 500 company.

Barb initially joined Rotary in 2002 and has served as President of two different clubs including the Gillette Rotary Club in 2008-2009 and the Casper Five Trails Rotary Club in 2019-2020. Barb was honored to be selected as District 5440 Rotarian of the Year in 2013. As an Assistant Regional Rotary Foundation Coordinator from 2017-2020, Barb worked with Rotarians to help them to achieve their foundation goals of giving and service.

Barb is married to Don, a member of Casper Reveille Rotary. Barb and Don are Major Donors, Bequest Society Members, Paul Harris Society members and in their spare time they enjoy camping, fishing, golf and traveling. 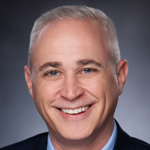 Clint joined his first Rotary club in June 2000. Being the youngest member of the Loveland-Thompson Valley club, Clint learned the importance of membership recruitment and retention quickly. After relocating to Hawaii in 2005, he joined Metropolitan Honolulu, and served that club in a multitude of ways. From community service to fundraising, Clint’s passion for Rotary has never stopped growing. During the 2012-13 Rotary year, Clint was President of Metropolitan Honolulu and D5000 Vocational Chair. Clint went on to serve District 5000 in a number of capacities. In 2018, Clint relocated to Coeur d’Alene, ID, and is a member of the Rotary Club of Coeur d’Alene.

Additionally, Clint is a recognized global procurement professional with global general business experience and intense experience/emphasis on China, Hong Kong, Japan, Vietnam, Korea, Thailand, and Canada. Clint is called on regularly to provide Master’s-level training/instruction/certification in the US, Vietnam and China.

Clint served as District Governor for Rotary International’s District 5000 in 2016-17. Clint is heavily involved in giving back to the community and has garnered much local recognition, including being selected as one of the Pacific Business News “40 Under 40” Class of 2011.
Clint and his partner Jason traveled the world with Rotary, including to India and Myanmar to serve on a Polio National Immunization Day Team, and to develop educational programs in monastic schools, respectively. 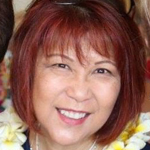 Jeri Fujimoto joined Rotary in 1989, and is a Past District Governor, 2016-2017, for District 5150, San Francisco Bay Area. She served as an Assistant Governor, Chief of Staff, Learning and Leadership Development Assembly Chair, Governance Team Mentor, the District Learning and Leadership Development Chair, a Governor Elect Training Seminar Faculty and is the 2021 Governor Nominee Training Seminar (GNTS) Leader for Zones 26/27.

She and her husband Jim are Major donors Level 2, White Hat Society members and Bequest Society Level 2 Members for our Rotary Foundation Endowment and believes that we all should give what we can, whether it is through dollars, volunteerism and or heartfelt kindness. She is devoted to the mission of Rotary world peace through service.

Jeri is a retired Youth Development Supervisor from the City of San Carlos, California. Working with youth, ages infant to 20 years old including special needs children, she has loved building assets in young people to help them to become caring, competent and successful adults throughout her career. Jeri believes that being a Rotarian is a positive role model for our young people, our future leaders. We care about our local and international communities and we take action in creating a better world. 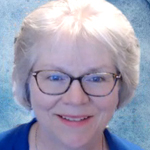 Karoline has been a proud Rotarian for 13 years, having been introduced to the organization by her husband, Chris. She first got involved by helping to charter a new club, Greeley – After Hours, serving as its second president. After eight years in the After Hours Club, her work schedule changed and she moved her membership to Greeley – Centennial, the same club Chris belongs to. She has served on the Centennial board and will chair the committee for the club’s major fundraising event in Fall 2021.

Karoline has worked in several positions for High Country PETS, including facilitator, materials coordinator, and website designer. At the district level, Karoline has served on the Public Image committee and spent three years as an Assistant Governor. When Chris served as District Governor in 2019-2020, Karoline was an involved partner, joining Chris on his club visits and promoting a “Partner’s Project,” which brought in over $37,000 for the Navajo Water Global Grants. She looks forward to working with the upcoming DGE and DGN partners helping them design their roles in the coming adventure.

Karoline retired from Aims Community College in 2016 and since then, has worked part-time for their church, focusing on building electronic communication and, most recently, producing Zoom services to keep everyone connected during the pandemic. Chris and Karoline have three grown sons, three daughters-in-law, and one beautiful granddaughter. 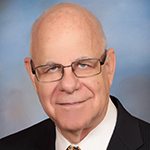 Nick Frankle is a past president of the Rotary Club of Westlake Village Sunrise in 2003. Nick served as District 5240 Governor of Rotary District 5240 in 2016-17 and he is currently the District’s Endowment and Major Gifts Chair as well as supporting the District’s Peacebuilder Club program. Nick serves on the Southwest PETS committee and is the immediate past chair of the Rotary Action Group for Community Economic Development.

Nick is a Major Donor, and member of the Bequest Society and the Paul Harris Society. In RY 2012-13, Nick was the recipient of the District 5240 Samuel L. Greene Service Above Self award. Nick is retired from a career in software development management and international telecommunications. 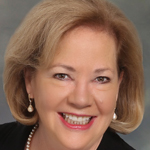 Jayne is the District 5150 Rotary Foundation Chair for 2019 – 2022. She has been District 5150’s Chief of Staff, Annual Fund, Endowment and Major Gift Chairs, Assistant Governor and has served on many District Committees. Jayne has served as a member of the 2019 – 2021 Governor Education faculty and administration teams for Zones 26 & 27 for Governors Elect and Governors Nominee training. For 2021 Jayne is the Administrative Chair support Zone GETS and GNTS education. Jayne is the Zone 27 2021 Taiwan International Convention Promotion Chair.

Jayne and her husband, Gene Duffy, also of the Rotary Club of Ignacio, are passionate about The Rotary Foundation. They are Benefactors, members of the Bequest and Legacy Societies, Lifetime White Hat Society, and the Paul Harris Society. Jayne and Gene are Major Donors and members of the Arch Klumph Society.

Jayne and her husband enjoy traveling and have done Rotary literacy and clean water projects in Thailand and India. Jayne and Gene provided life-saving Polio drops to children in India in 2019. Jayne has been the recipient of numerous awards during her career and for her Rotary contributions. Jayne retired as President of a nationwide commercial mortgage banking firm.