You are here: Home / Brad Howard 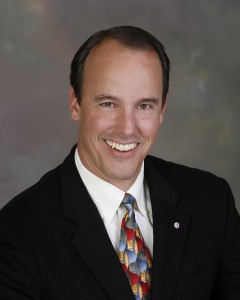 Brad Howard is a charter member of the Rotary Club of Oakland Sunrise. He has served Rotary in many leadership roles including a term as District Governor in 2002-2003, a three-term on Rotary International’s Membership Development and Retention Committee as the North America Membership coordinator, and a 10-year term as the Zone Polio Coordinator. Brad is regarded as one of Rotary’s top trainers. For more than a decade he has trained Rotary leadership at PETS, GETS, GNATS and during two terms as an International Assembly Training Leader. As one of two global training leaders, he served an unprecedented three terms as International Assembly Seminar Trainer.

He is President and CEO of Howard Tours, an international tour operator, and also Managing Director of Howard Properties, which owns and develops commercial real estate in the San Francisco/Bay Area.

As a tour operator, he has taken thousands of Rotarians to Conventions and on humanitarian missions. He is the co-creator of the annual West Africa Project Fair which supports the projects of 15 West African nations. Brad’s passion about the eradication of polio has allowed him to lead 21 teams and more than 1,000 Rotarians on National Immunization Days in West Africa and India. As a result of this engagement, he was awarded the International Service Award for a Polio-Free World, an award given annually to only ten people.

Brad is actively involved with the University of California’s Haas School of Business. He has served as Chair of the Alumni Council, the Development Council and as a member of the Dean’s Advisory Council. He is also a past Trustee of the Berkeley Foundation.

For his Rotary service, Brad has received the Rotary Foundations’ Citation of Meritorious Service and, the Distinguished Service Award. Brad has also received Rotary International’s top personal recognition – the Service Above Self award.

Brad and his wife Marcia share a love of travel, fitness, family, and friends. They have two children – son, Evan, and daughter, Blair. Brad and Marcia are 2nd Level Major Donors and their children are multiple Paul Harris Fellows.