WHAT WE DO: The goal of your End Polio Now Zone Coordinators (EPNZC’s) is to foster fundraising, advocacy and awareness at the district level toward the achievement of a polio-free world.

HOW WE CAN HELP: 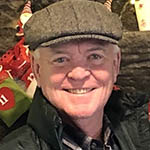 Gary Owen was Governor of District 5320 under International President Kalyan Banerjee 2011-12 whose theme was Reach within to Embrace Humanity.

Greg and his wife Val have been big supporters of Rotary’s efforts to fulfill the promise to all children to complete the job to eradicate Polio from the world. Through continual donations, public awareness campaigns as displayed through their company 48 foot EndPolioNow freight trailer that travels the highways in the west daily and has been displayed at Rotary events to raise funds for our eradication efforts.

Districts: All of Zone 26 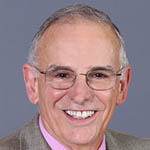 Bob joined the Rotary Club of Sebastopol, California in 2007 shortly after moving into town. It wasn’t long thereafter, as a polio survivor, he joined the District 5130’s PolioPlus Committee and was soon giving polio talks to clubs in the district.

While District Governor, he and 13 other riders created a 6 day, 350-mile bike ride called “Pedal 4 Polio”, and raised $140,000 in the process. Rotary clubs along the route supported the riders with potlucks and beds, and in the process, cultivated many new long term friendships in the district.

Bob’s Rotary travels have taken him on multiple visits to Mexico for a club school project, to Uganda for a Global Grant project, to India for a Rotary Friendship Exchange, and recently, for a National Immunization Day in New Delhi.

In 2020-21 he is serving as Chair of District 5130’s PolioPlus Committee and as the End Polio Now Zone Coordinator for Zone 27.

Bob is a member of the Paul Harris Society and with his wife Peggy, also a Sebastopol Rotarian, are major donors and members of the Bequest Society.

Districts: All and Zone 27