You are here: Home / Janel Breen 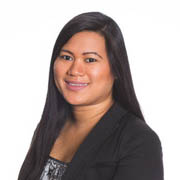 Janel has been part of the Rotary family since 2002, when she became an Interactor during high school in Hawaii (District 5000). She moved to California for college and became a Rotaractor when she joined the Rotaract Club of Silicon Valley, after graduating with her Accounting and Information Systems degree from Santa Clara University. During her time as a Rotaractor, she took on various leadership roles within her club and eventually became the District Rotaract Representative (DRR) for District 5170 in 2015-2016. As DRR, she focused on creating a more cohesive Rotaract district. In the next Rotary year, Janel continued her work with the district by serving as the Richard D. King Speech Contest Co-Chair. Janel’s Rotary leadership extends beyond the district as well – she served as a Director for the Big West Rotaract MDIO in 2015 and began her 2-year term leading the Board of Directors as General Secretary in October 2018. She was also part of the first cohort of Rotaractors invited to the Rotary International Assembly in San Diego in 2019, an honor given to less than 70 Rotaractors worldwide. In July 2017, Janel officially made her jump to Rotary by joining the Cupertino Rotary Club and becoming District 5170’s first dual member. Outside of Rotary, Janel works as a Program Manager for a large tech company in Silicon Valley and enjoys traveling, practicing calligraphy, working towards living a zero-waste lifestyle, and spending time with her family and friends.