You are here: Home / Johrita Solari 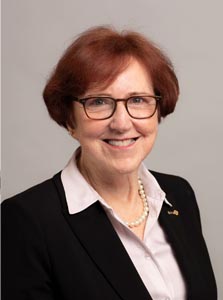 A Rotarian since 1993, Johrita is currently a proud member of the Rotary Club of Anaheim, California. She served as District Governor for District 5320 in 2010-2011. Additional service has included chair of the 2013 Southern California/Nevada PETS, training leader at the 2014 and 2015 International Assemblies, chair of the 2015 Institute for Zones 25/26, and membership on Rotary’s Peace Major Gifts Initiative Committee. On July 1, 2019, she became the Rotary International Director (2019-2021) for the newly configured Zones 26/27.

As District Governor, Johrita held the first District 5320 Million Dollar Dinner for The Rotary Foundation. Under her leadership, District 5320 became the second district in the world to become a 100% Paul Harris Club District.

Johrita is Co-Founder and Chief Visionary Officer of Solari Enterprises, Inc., a full-service property management company employing 300 team members who specialize in the management of more than $1B of affordable multifamily housing. She works together with her husband and daughters to create a working environment with a high level of ethics and integrity. She has served in many capacities on community and industry boards.

Rotary plays an important role in the lives of the Solari family. Johrita, her husband Bruce, and their two daughters, Gianna and Tressa, are all past club presidents and with their son-in-law, Reece are active supporters of The Rotary Foundation. Johrita and Bruce are members of the Arch Klumph Society.