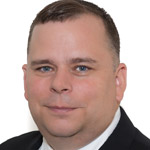 John lives in Henderson, NV with his wife Elizabeth –they have two adult children, Ashley and Meghan.

John joined Rotary in 2001 as an opportunity to serve his community. He is a two-time president of the Rotary Club of Boulder City. John has been Rotarian of Year four times, Executive Assistant Governor once, Assistant Governor three times, and RYLA Chair three times. He was also instrumental in the establishment of the District’s first Satellite Club. John served as District Governor for District 5300 throughout the 2018 –2019 Rotary year where two new Rotary Clubs and one Rotaract Club was chartered.

John and Elizabeth own and operateAmerisent Insurance –Boulder City, an independent insurance brokerage office. John retired from the Boulder City Police Department in 2014 at the rank of Deputy Chief. 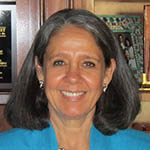 Dianne Anderson has been a Rotarian since 1998 and is currently a member of the Midland West Rotary Club in Midland, Texas. She served as District 5730’s first female Governor in 2014-2015. Dianne is currently serving on the District Finance Committee as Chair, a delegate for the Council on Legislation, trainer for Texas PETS, and the Zones 26/27 GETS and GNTS training team. Dianne has served as District Literacy Chair, team member of the Visioning Committee, the RILIteam, and was a Group Study Exchange Team Leader to the Dominican Republic.

Dianne has been recognized with many awards and recognitions, including the RI Service Above Self Award, a Midland Community Outstanding Citizen, Visitante Distinguida de la ciudad de La Romana, Republica Dominicana, and Best Club in the District the year she was Club President.

Dianne is retired as president of an educational science enrichment firm. She is married to Ed, also a Rotarian. The Andersons support the Foundation as Paul Harris Fellows Major Donors, and members of the Bequest Society 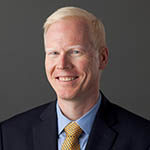 Michael is a member of and past president of Boulder Rotary Club, serving during their Centennial Year. Prior to serving as president, he served as District Trainer for three years for 5450 and is currently an Assistant Governor for the Boulder area clubs.

Outside of Rotary, Michael has been married for 23 years to his wife Cassidy, and they have two great dogs and a cat. His personal mission statement is to “live a generous, rewarding, and enriched life, and help others do the same”. To that end, he has served on many charitable boards over the years, often as Treasurer or President. His charitable interests have been in restorative justice, prison reform, income generation projects in Uganda, genocide reconciliation in Rwanda, and mentoring of college-age men across the United States.

Professionally, Michael is president of his own firm called Generosity Wealth Management, a comprehensive full-service firm dedicated to helping clients be generous with themselves, their loved ones, and their local and global communities.

He splits his time between Boulder and his summer cabin in Dubois, Wyoming. 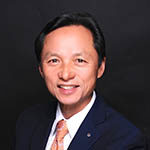 Ron is a native San Franciscan. He enlisted in the US “all voluntary” Army and was honorably discharged reaching the rank of E5 Specialist 5 / Sergeant and received the Army Commendation Medal, Good Conduct Medal, and National Defense Medal.

Ron returned to City College of San Francisco and received an AS degree in Radiologic Technology. He worked as an x-ray tech specializing in CT and MRI scanning, became a manager, completed his BS, and taught x-ray technology part-time.

He completed his MBA in Finance and made a career change to Morgan Stanley in 1998. Ron is Financial Advisor, Vice President, and a Certified Financial Planner™.

Ron joined Rotary as a charter member of the Rotary Club of San Francisco Chinatown – Chartered June 30, 2008, and was the charter President-Elect for 2009-2010.

During his year as Club President, the Rotary Club of SF Chinatown won the Best Small Club for District 5150. The club increased membership net +2 to 29 members.

After his year as club president, he accepted a two-year term as Assistant Governor, various district positions including Chief of Staff, and served as District Governor for D5150 during 2017-2018, Zone 2019-2020 Marketing Manager, and New Club Development Task Force 2020-2022. 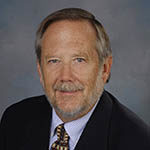 Dick served as Governor in 2009-2010. A member of the Rotary Club of Santa Fe since 1988. District 5520 has recognized him with the “Rotarian of the Year Award”, the “Schulte-DeLaHunt Leadership Award”, the “Distinguished District Service Above Self Award.” District 5520 honored Dick for his work with the District’s Youth Programs by naming the “New Generations Award”. During District 5520’s 2015 Annual Conference Dick received the unique distinction of being named the District’s first-ever “Rotarian of the Decade”

Dick has always been active in community affairs. He has 20 years’ volunteer service with the American Red Cross.

Dick was elected to represent District 5520 at the 2013 Council on Legislation. and, he has represented District 5520 on the Rotary International Board of Director Selection Committee for Zone 21B/27. In September 2012, Rotary International President Ron Burton appointed Dick to serve as Rotary Coordinator for Zone 27 beginning in 2013. Currently, Dick is serving on Zone 26-27 New Club Development Task Force. 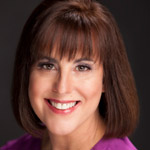 Doreen served District 5520 as District Governor in 2017-2018 after moving to Albuquerque in 2012. Upon retirement, Doreen and her husband relocated to Christina Lake, British Columbia in 2020, returning to District 5080.

In her professional career, Doreen most recently worked as a branch manager for U.S. Bank in Albuquerque, where she received US Bank’s most distinguished individual service award, the Circle of Service Excellence, in 2014.

Doreen and her husband Tony are Major Donors and Benefactors. Doreen is a recipient of the Rotary Foundation Citation for Meritorious Service Award. 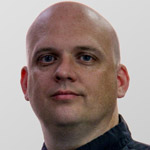 Corey has been working in Media and Marketing for over 20 years. He is the owner of Pardiman Productions a media production company in Olympia, Washington.

He has been a member of the Rotary Club of Hawks Prairie for over ten years, serving as president in 2013-14. He is a multiple Paul Harris Fellow and Paul Harris Society Member. He lives with his wife Michelle in Olympia, Washington. 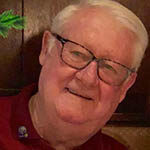 Ricardo “Taco” Loretta is an international businessman, educator, consultant, and volunteer with strong multi-cultural interests. Raised in Mexico, lived in Brazil, he is fluent in Spanish and Portuguese. BA in Economics from Chapman University and MBA from the University of Southern California. Executive management programs at Stanford and Michigan State Universities.

He manages a scholarship-granting organization, serving low-income youth of Mexican descent in the Coachella Valley, the Dr. Carreón Foundation. Also created Hola! Spanish Conversations, teaching Conversational Spanish. He serves on the Advancement Board of California State University-Palm Desert and is a board member of the College of the Desert Alumni Association. In Taco’s corporate career he managed Clark Equipment Company’s Overseas Division and earlier was on Ford Motor Company’s Corporate Finance Staff in Dearborn, MI.

Taco achieved Eagle Scout in Mexico at age 14. He was president of school boards in Michigan and Brazil and Chair of Advisory Boards at the Institute of the Americas and Center for US-Mexico Studies at UCSD. His work with youth programs in Mexico, Brazil, and Michigan reflect the passion Taco has for cross-cultural education, especially as it relates to younger generations. He and wife of 55 years, Jennifer, live in Palm Desert and are parents to three sons, with 3 grandchildren. 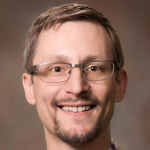 Mark regularly dedicates his energy and personal time to various issues, cases, and projects that are important to him. He harbors a deep-seated desire to have a good influence on the planet and its people. Mark’s goal is simple: “Leave the world in a lot better shape than I found it.” He was the chartering President of the Black Canyon Rotary Club and currently serving District 5470 as an Assistant Governor (AG).

Mark is a CPA and Tax Manager with Dalby, Wendland & Co., P.C., (DWC) –CPAs & Business Advisors providing premier financial-asset assessment, advice, and strategies for minimizing your tax exposure and helping you keep more of your own money. He knows how to find the most efficient way to use available time, money, materials, and human resources in both business and volunteering. He believes the best way for people to achieve their goals is to work together. Mark and his wife Ali love the outdoors and all that Western Slope Colorado has to offer especially biking, hiking, and skiing. 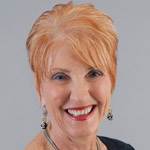 Kathleen has been a Rotarian since 2009 and is currently a member of the Manhattan Beach Rotary Club and a mentor for the newly chartered Fighting Human Trafficking Club established in 2021. After being President of the Manhattan Beach Rotary Cub, Kathleen became active in District 5280 and held the positions of Assistant Governor for 3 years and SAG for Club Service and Membership. She is presently part of the membership committee within the district and is Co-Chair of New Club Development.

Kathleen is founder of Participative Management Systems which focuses on Management and Leadership training and coaching She has also facilitated three community leadership programs and works with individuals and couples in clarifying their life values and goals.

Kathleen graduated from University of Illinois in Psychology and Education and holds a Masters in Psychology: Concentration in Multicultural Relations from Antioch University.

Community volunteerism is important to Kathleen. In addition to her active work as a Rotarian both within her club and the district her latest passion is as Volunteer Director of South Bay Families Connected. She has served on many Boards and is passionate in supporting the Beach Cities Health District Programs within her local community.