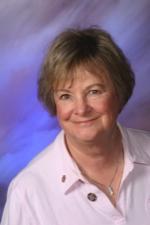 When I was an undergraduate, one of my professors expressed the interesting idea that scholars should stop studying the causes of war. He suggested that conflicts occur all the time and that the natural state is war. He proposed that we should be studying the causes of peace, as that is the less common situation. Paul Harris expressed a similar view in 1945: “The way to war is a well-paved highway and the way to peace is still a wilderness,” he said in a recorded interview in Tuskegee, Alabama.

Rotary International says our Peace Fellows “study the root causes of conflict,” but if you look at the curricula from the universities offering this unique degree, you will see an emphasis on “peace studies.” Many of the courses feature work in conflict resolution; that is, nonviolent means of resolving differences. The descriptions of their programs include terms such as “peacekeeping,” “peacebuilding,” “strategies for promoting peace and stability.”

While Rotary’s emphasis rightly continues to be on polio eradication, the inception of the Rotary Peace Centers and Peace Fellows program may be the initiative that secures Rotary’s role in the world. Rotary has a long history of promoting peace, and the Rotary Peace Centers are the embodiment of this long-term Rotary interest. In 1923, Paul Harris offered an opinion as to the real mission of Rotary.

“Is there anything more potent than man’s impulse to hate? I think that there surely is and that it is man’s impulse to love. What have we been advertising throughout the centuries? We have been advertising war. The pages of history reek with it. In the days of my childhood, no education was considered well begun until hatred of alien races had been burned into one’s mind. It was surely wonderful advertising and done just in the nick of time. The child mind is a delicate film, wonderfully impressionable. Love is mightier than hate. Give it one half the advertising that hate has had, and there will be no more war.”

The Rotary interest in achieving peace has continued throughout its 110-year history. As PRIP Frank Devlyn said in 2006, “In Rotary we have always practiced and have an ongoing policy of promoting better understanding and peace.” Rotary was instrumental in the formation of the United Nations and has continued that collaboration for 70 years. Rotary holds regular peace symposiums and forms throughout the world, and in fact had a Presidential Peace Conference in Ontario, California earlier this month.

The Rotary Peace Centers that Rotary created in 2002 offers great promise for the future, and it is a program worthy of our support. These Peace Fellows are the best and the brightest, and they choose to put their talents to work in the study of peace. Your financial gifts to the Rotary Peace Centers make you a part of this great effort to promote nonviolent solutions to problems that would otherwise be decided by conflict.