Wyn is a past Governor of District 5190 (2008-09) and has been fortunate to participate in a variety of Club, District and Zone roles since joining the Rotary Club of Grass Valley in 1994. She has served as an International Assembly Training Leader, RI President’s Representative, Assistant Rotary Coordinator, Trainer for D5190, Governors Elect and Nominee, Presidents Elect, the Rotary Leadership Institute and the Ethics Initiative. Additional Rotary service has included the Sydney Convention Promotion Committee, a variety of roles for Zone 2526 Rotary Institutes, District Rotary Youth Exchange Chair, District Grants Subcommittee Chair and District Future Vision Liaison. She will also represent her District at the 2016 Council on Legislation.

Wyn is recently retired as Chairman and CEO of Nevada City Winery. Steve is the immediate Past President of the Rotary Club of Grass Valley and practices law in Nevada City. They have three grown children who are pursuing careers in Los Angeles, Austin and San Francisco. The family loves traveling together, especially by catamaran, an experience they enjoyed following the Rotary International Convention in Sydney. 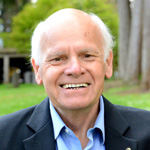 Richard has been a Rotarian for more than 30 years. He has served Rotary in several capacities at the district and zone level including: 7070 D. G.(02-03); Zone 22 Membership Officer, TRF Annual Giving Officer, Zone 22E RRFC and as well, a Zone 24 RPIC. Richard served for eight years on the TTF (Canada) Board inc. four years as President and continues as an advisor to that Board. In addition to his Rotary Involvement, Richard is Director of the Comox Valley Exhibition Board, Vic- President of the Comox Valley Airport Commission, President of Dawn to Dawn Action on Homeless Society, a special Advisor to the Institute of Citizen Services. Richard is a charter member of the Bequest Society, a Paul Harris Society member and a Major Donor. 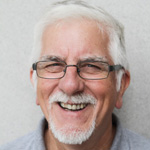 Bill began his Rotary experience with the Lacey club in 1973. He served as President of the Tumwater club in 1985-86, District Governor Representative for then Area 8 1996-1997, Assistant Governor for Area 9 1997 through 1999, District Conference Chair 2000, District Governor 2003-2004, District COL representative 2010-13, and District Foundation Chair 2015-16. He has over 43 years perfect attendance, is a Multiple Paul Harris Fellow, Rotary Benefactor, Foundation Sustaining Member, Major Donor, and a member of the Bequest Society.

His extended service in the community includes having been the President of the Olympia Area Master Builders; a member of the boards of the Puget Sound Records Managers Association, the Volunteer Center of Thurston-Lewis-Mason Counties, the Family Support Center of Olympia, Morningside (an organization providing employment opportunities for persons with disabilities), and the United Way of Thurston County.

Bill has been honored for his community service with the Norman A. Paulsen Award from the Olympia Master Builders Association, the City of Olympia Spirit Award, the Tumwater Rotarian of the Year, and Rotary International’s Service Above Self Award.

His most memorable Rotary experiences are Polio NIDSs in Ethiopia and Water and Sanitation Projects in Guatemala. 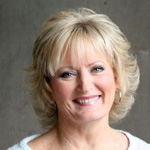 Rotary became a part of LeAnn’s life in 1997. She has since served in a variety of club and district positions, most recently as District Training Co-Chair in 2011-12, Fund Development Chair 2013-16, and is repeating as Trainer for 2016-18. She is a member of the 2016 Zone Institute organizing committee. LeAnn is a PETS training instructor and RLI faculty member. She has been recognized by D5110 for Outstanding Leadership and as Rotarian of the Year. Both LeAnn and her husband, PDG Tim, are passionate about International Service and since 2000, have participated in multiple trips to Mexico, Dominican Republic, and SE Asia staffing vision clinics for treating eye diseases and blindness prevention. She is a Paul Harris Society member, Major Donor and Benefactor.

LeAnn enjoyed a career in healthcare for 39 years. With an undergraduate degree in microbiology, she began her career as an infectious disease microbiologist. Leaving the bench work applications of her training, she moved into managing multiple departments at the medical center after obtaining an MBA. In 1997, she became the administrator for a 4-clinic physical therapy practice with 17 clinicians. The practice was recognized as one of the 100 Best Companies in Oregon by Oregon Business magazine. She retired in 2012.

LeAnn and Tim have two adult children and five grandchildren. They are passionate enologists and never miss an opportunity to experience fun wines. They live in Oregon and are avid cyclists, participating in two Ride to End Polio century rides in Tucson. 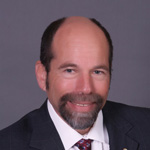 Kevin’s first year in Rotary, he went on a service trip to Mexico and was forever hooked on service and Rotary ideals. In his club he has held nearly every position. Kevin served as Governor in 2014-15 and has been actively involved in training and the Rotary Foundation. He was part of the team to facilitate the New Grant Model Transition. Kevin and Mary have also been host parents for exchange students and have attended numerous Rotary International Conventions. While Governor Kevin set District records for Foundation giving. He currently is the District Trainer and serves on the District Foundation Committee.

Personally, Kevin and his wife, Mary, were college sweethearts at UC Santa Cruz. They jointly decided to become teachers and received their teaching credentials from UCLA. They both taught in inner city Los Angeles. Kevin became a school principal about the same time as they started a family. They have two children, Rebecca, 30 and Jasper 27.

They moved to Calistoga where Kevin was the elementary principal and then the high school principal. He was selected as the Educator of the Year in Napa County in 1999. He and Mary now devote all of their time to Rotary.

In the community, Kevin has served as a youth coach for baseball, basketball, and soccer. He chaired the Calistoga City Bicycle Advisory Committee. He was honored as Napa County Bicycle Commuter of the Year in 2006.

Besides being enthusiastic bicyclists, Kevin and Mary enjoy kayaking, hiking, and most outdoor activities. 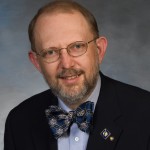 Dennis has been a Rotarian since 1992 when he became a member of the Rotary Club of Cocoa Florida. In 1997, he joined the Rotary Club of Greater Clark County. He was the Governor of District 5100 during the 2008-09 Rotary year. He served as the Zone 25/26 Education and Training Treasurer during the 2010-11 Rotary year and has been the Zone 25/26 Treasurer since 2011. He has served as the District 5100 PolioPlus Chair since July of 2012.

Dennis is a graduate of Linfield College in McMinnville, Oregon, and the University of Oregon Health Sciences Center School of Medicine in Portland, Oregon. His final year of post graduate training (1986-87) was in forensic pathology at the Dade County Medical Examiner Department in Miami, Florida. He was a medical examiner in Rockledge, Florida until returning to the Pacific Northwest to become the Medical Examiner of Clark County (Vancouver) Washington in 1997. He has also served on the Washington State Forensic Investigations Council since 1999.

Dennis has been the primary contact on multiple matching grants, the majority of which have been in Central America. He travels to Central America annually to visit recently completed projects, projects underway, and sites of potential new projects. The various projects have included microcredit, water and sanitation, and ecostove projects. He participated in a Polio NID in India (2012).

Dennis and his wife Elizabeth are Major Donors to the Rotary Foundation and Paul Harris and Bequest Society members. Their daughter is in her fourth year of medical school at George Washington University (Washington, DC) and their son lives in Portland and works for Intel in Hillsboro, Oregon. Both are Paul Harris Fellows. 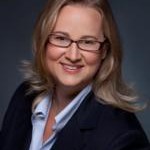 Elizabeth has worked professionally in fund development for the past 14 years. She is a second generation Rotarian and a member of the Rotary Club of Lake Oswego where she has been involved in multiple projects supporting her local community. She believes in the power of Rotary to make a difference in the world and is honored to work one-on-one with Rotarians and their families to help them fulfill their philanthropic and financial goals. She adheres to a high standard of ethics in fundraising and has achieved professional certification by the Association of Fundraising Professionals. Elizabeth is  knowledgeable in a variety of gifting options to the Foundation, including Life Income Agreements and Trusts, the Donor Advised Fund, the establishment of named and endowed funds, scholarships, outright gifts and pledges.

Elizabeth can assist your district foundation team in strategizing and implementing fundraising campaigns, cultivating major gifts and bequests, organizing major donor events, and as a general resource for fundraising and major gift questions